Is nature leftist? Łukasz Muniowski’s on ethics and the natural community.

Peter Wohlleben, The Hidden Life of Trees: What They Feel, How They Communicate (Greystone Books, 2016), pp. 288.

Das geheime Netzwerk der Natur: Wie Bäume Wolken machen und Regenwürmer Wildschweine steuern (The Secret Bonds of Nature: How Trees Create Clouds and Earthworms Control Boars) is the newest work of Peter Wohlleben, not yet published in English. I write “not yet” because undoubtedly it will eventually get translated and released, as it is another in the series of interesting and touching books created by the German forester. The surprising success of The Hidden Life of Trees, last year’s very unlikely bestseller, made its author one of the most important voices in European literature. Why should leftists not only read Wohlleben, but take inspiration from his simple, yet surprisingly important works? 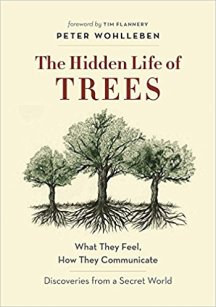 Das geheime Netzwerk der Natur pins together ten years of nature writing, provoked by the tours that Wohlleben had been organizing in the German woods. By the end of his last book, the author describes his transformation from an unassuming if not even boring tour guide to one of the most popular environmentalists on the planet. The key, according to him, lies in simplicity and openness. These two factors make his books both universally understandable and surprisingly touching. In The Inner Life of Trees, he took the perspective of trees in order to present them as complex, sentient beings and change the way that people think about them. Aim is crucial in understanding and appreciating Wohlleben’s work – he writes not for the reader, but for nature. To put things more clearly, his purpose is to serve the environment and the only way to do so is by making the reader see what he sees and feel what he feels.

Besides his evident storytelling ability, Wohlleben’s writing can be characterized as a mixture of Maurice Maeterlinck’s sense of wonder and Yuval Noah Harari’s interpretation of humanity’s place in nature. Maurice Maeterlinck’s poetic The Intelligence of Flowers, published in 1907, evokes everyday wonder which we simply fail to notice. The book itself can be read as a leftist manifesto, as the Nobel Prize-winner was not only lamenting the loss of sundial, which alienated man from nature by reorganizing his day and unnaturally extending his working hours, but also describing how the oppressive mechanisms of dwelling were omnipresent throughout the Earth’s history, as evidenced by the plants reproductive system, where every element of a given plant or a whole colony of them struggle so that a few seeds or plants could survive. This extraordinary awareness of the everyday sacrifices necessary to simply preserve life is an element of both Wohlleben’s books and the spirit of the left. The latter can be summed up, as understood by Polish leftist thinker Jacek Kuroń, as universal love for our fellow man. Among the most crucial components of love are sacrifice and understanding. Of all political ideologies, leftism is the one most likely to embrace chaos, because in accordance with Kuroń’s theory, purpose is more important than pattern.

Wohlleben embraces chaos as well, which makes the German author’s work reminiscent of Yuval Noah Harari’s Sapiens: A Brief History of Humankind, which posits humans as one element of nature, instead of a dominant or, worse yet, chosen species that reigns over the universe because of its superior intelligence. According to Harari, man always was and still is an element of nature, albeit one that is most rebellious and eagerly wants to set himself free. This need for separation eventually refashions nature into the enemy, something made clear in the work of Henri Lefebvre. The philosopher notices that by seeing nature as “a gigantic wastage of beings and forms,” we are basically losing touch with who we are.

Wohlleben clearly does not go as far as Harari, who questions the legitimacy of religion, capitalism and evolution. According to Harari, evolution has no purpose, because it is based purely on adaptation and survival rather than improvement. Evolution equals adjustment and always comes at a price – one just needs to look at farm animals to see how the most adaptable species are also the ones suffering the most under the capitalist organization of production. In his latest book, Wohlleben allows himself to criticize humanity, or more notably, the white man, whose evolutionary success is judged mostly on the destruction of natural resources, including other species, which are treated as such by those exploiting the environment for profit. In that sense, he echoes Harari, albeit in a more simplified and less direct way. The same goes for his calling to break with the idea of man’s superiority over other elements of nature since human intervention may do more harm than good, especially when it is an act of power and not cooperation.

Harari, however, warns about projecting human emotions on animals, something Wohlleben clearly disagrees with. One only needs to look at the title of his second book translated into English – The Inner Life of Animals: Love, Grief, and Compassion – to notice how the German explains nature in simple terms to reach a bigger audience. He does so not because he lacks in knowledge, but in order to save what he so dearly loves. In his first two books translated into English, Wohlleben humanizes trees and animals; in his last he shows how the two connect and, in consequence, how we are connected, and dependent on these two worlds, which we are so eager to be separated from, even though the popularity of the books might suggest otherwise. This network of interdependent species is the basis of the proper functioning of nature. What is important here is that the author never tries to present these relationships as an order, in which certain things are required from certain animals and plants. Instead, these bonds are as natural as they are unapparent, which makes them all the more applicable to the social and political relations between individual humans as well as political parties or countries.

Consider the example of wolves and rivers, which opens Das geheime Netzwerk der Natur. In the 1920s, farmers living near the Yellowstone National Park complained that wolves were harming their livestock populations, which led to the animals being hunted and completely eliminated – the motivation behind this action was nonsensical as a study quoted by Wohlleben shows that farm animals make up less than 1% of the carnivores’ diet. Eliminating wolves affected the whole  Yellowstone ecosystem. No wolves meant more deer, which led to less food for birds, which in turn became extinct in the region. Deer destroyed more young trees, a food of preference for beavers. In consequence, beavers moved out, which meant no dams, which in turn allowed rivers to change course. This also meant different travel routes for salmon and different habitats for bears, which love to eat fish. As bears disappeared, more deer and berries were available to species that consume them. Species like… wolves.

This codependency is demonstrated through an example of a relatively small, enclosed ecosystem, but is obviously applicable to the whole planet. With humans added to the equation, the outcome is even more surprising and terrifying. Let us consider China and the new booming branch of tourism, which takes inner-city inhabitants on trips to places where they can see the sky. The view of a clear sky has become a commodity in the polluted country. While this might seem laughable, the consequences of global pollution are experienced across the world. Just three weeks ago, one of the greenest parts of Warsaw, where I live, was so filled with smog that I could not see across the street from my window. Wohlleben warns that every action has consequences even though they may not be visible or understandable instantly. Exploitation and abuse of the environment in one region of the Earth are felt all over the planet. The same is the case with capitalist practices all over the globe. For example, the terrible working conditions in the Third World, which are a direct consequence of the rest of the planet wanting affordable and dependable goods, resulting in poverty and pollution, which we are supposed to fix through charity and more conscious consumption.

That is why Wohlleben’s work is so important. Instead of being pleased with what he has – a family life in the forest that he runs on behalf of his community, where he grows his own plants and raises his own animals – the author calls for awareness. While his books might leave you with a sense of wonder, they also preach humility. Aware that human intrusion more often than not leads to destruction, through his books, gradually, Wohlleben illustrates how our surroundings still remain a mystery to us. While completely ethical consumerism is clearly impossible, Wohlleben’s voice is heard by environmentalists and “regular folk” alike. He himself eats meat, albeit from animals he alone raises, as for him killing an animal and chopping down a tree are no different. Instead of saying “change,” Wohlleben is saying “wonder.” Whatever you will do with this sensation is up to you. At the least, you are now aware of the damage that you cause with your choices. While this small steps approach may be harmful as well, it seems that we, understood here as the modern society, are not ready for something more radical just yet.

Łukasz Muniowski is a doctoral student at the Institute of English Studies, University of Warsaw, Poland. In addition to digital game criticism, he has published articles on Michael Jordan, Allen Iverson, Hubert Selby Jr., and Jack Kerouac. His doctoral dissertation focusses on the achievements of leading NBA players after Michael Jordan.