On International Orwell Day, Joseph Kang uses the dystopian writer to explore contemporary political problems from the splintered Left to the war in Syria, calling for Orwellian solidarity with our unpalatable bedfellows.

A ruthless minor dictator fighting a highly divided army of revolutionaries. Atrocities on both sides. Russian planes in the sky. The indiscriminate bombing of civilians. We think of Syria; George Orwell would think of Spain.

While comparisons between our own troubled decade and the 1930s’ are almost cliched, to dismiss them out of hand is to ignore the useful parallels that do exist. After all, cliches are cliches for a reason and comparable economic and social forces were at play in both contexts. Orwell’s work and his philosophy can scare us by making visible the legitimacy of the comparison between our own crises and those of his own time. A recent issue of ROAR Magazine took Orwell as its starting point, showing the need to see the gravity of our situation in Orwellian terms. That said, the comparison may also show a glimmer of hope, if some of our present problems have been overcome before. 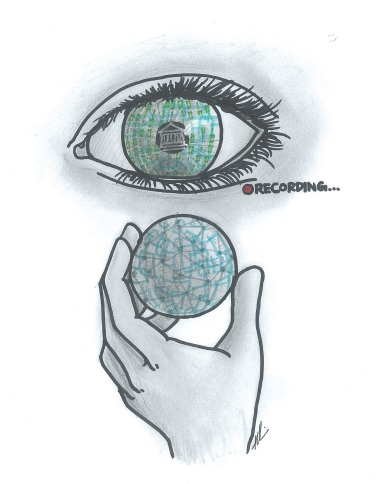 The Spanish Civil War was fought between the Nationalists, composed of fascist and conservative groups, and the Republicans, a coalition of various left-wing organisations. Orwell fought on the Republican side, as part of a small Left Communist militia[1], and his experiences in the war formed the basis for Homage to Catalonia. Some of the most interesting passages in the book deal with the bloody internecine fighting between various Leftist groups on the streets of Barcelona. Orwell’s own group was denounced as Trotskyist, outlawed, and brutally suppressed by the Republican government. The Left has a somewhat deserved reputation for splintering over minute differences (“Judean People’s Front” or “People Front of Judea”?) but the degree of division between the various acronyms of the Spanish left (“PSUC, POUM, FAI, CNT, UGT, JCI, JSU, AIT”) was such that there were even armed conflicts between certain groups, creating a civil war within a civil war. This kind of splintering seems almost caricature in this example, but it is not so different from the divided situation that the Left finds itself in today.

There are even some parallels with many recent Western democracies, in which the division of the Left has cost electoral success. For example, the three electorally successful left-wing parties in contemporary Spain- Podemos, PSOE and the United Left- had the largest combined vote in the 2015 parliamentary elections, but were unable to strike a deal and form a government. This ultimately led to the worst outcome for all of them- the continuation of the conservative PP government. Another example can be found in British politics: the conflict between the British Parliamentary Labour Party and its leader, Jeremy Corbyn, has caused decline in polls for the party.  The extent to which infighting within the left led to the Republic’s defeat is still debated by historians, but it cannot be denied that it played a part. The warning that the Left needs to heed is that in a time of resurgent nationalism, authoritarianism and illiberal democracy, even if ones’ potential bedfellows are rather unpalatable, there may still be a desperate need for solidarity with them. Orwell loathed Communists but believed that they were a necessary evil if they helped in the fight against fascism.

The shouts of “Social-Fascist!” and “Trotskyist!” which Orwell records as being so common in the press of that time remind this reviewer of the shouts of “Blairite!” and… well, “Trotskyist!” which are now traded among the British Left. Orwell was concerned about the effects that these epithets had on political discourse, in particular their tendency to stifle actual debate. “In such circumstances there can be no argument; the necessary minimum of agreement cannot be reached. […] Libel settles nothing.”  Similarly, the much maligned “metropolitan liberal elite” is an ephemeral psychological scapegoat, a convenient “other” which is blamed for pretty much anything. For Orwell, these kinds of words are dangerous because they elicit instinctive reactions, rather than a discussion of differences. The problem is that they may have a basis in truth but have misleading connotations. The lesson of Orwell’s essay Politics and the English Language is that we ought to pay close attention to the words and language of political discourse, so that we don’t fall into the lazy habit of using phrases and words in lieu of actually thinking. “If you simplify your English, you are freed from the worst follies of orthodoxy.” Such an approach may be the first step in developing new kinds of solidarity.

There has been a lot of discussion of the so-called “post-truth” politics of late in English-speaking media. Examples include Michael Gove claiming that the British electorate “have had enough of” academic experts, and Donald Trump’s dismissal of any evidence which contradicts his own views. The term is rather misleading, since it suggests that lies are something new. It is a historical term which implies that if this current age is “post-truth”, then the neoliberal orthodoxy which preceded it appears as “truth”. Perhaps one of the reasons that electorates have become dull to the factual appeals is the conflation of facts with a technocratically constructed series of orthodoxies. That conflation has allowed the dismissal of radical analyses of those orthodoxies, causing a complacent that has led us into our current turbulent times. However, there is a difference between skepticism and analysis of orthodoxies, and blatant denial of material truth.

That denial would be familiar to Orwell. In Homage to Catalonia, the reportage on the Barcelona street fighting in communist newspapers across Europe would often literally contradict Orwell’s own experiences. 1984 is, in-part, a psychological study of a man who holds onto truth while everything around him contradicts it. The process of “doublethink”- to accept two contradictory statements as correct in different contexts- is terrifying, not because it denies a particular fact or worldview, but because it denies the very possibility of truth. In March 2014 Vladimir Putin categorically denied that Russian troops were operating in Ukraine. A month later the opposite was affirmed. If truth changes based on what Putin says, then material reality is irrelevant. The only thing important, then, is power. It was French theorist Michel Foucault who made this argument most forcefully, showing that much of what we believe to be real is determined by power structures. However, the denial of the very existence of any truth is a different epistemological step. Orwell believed that there are solid facts, events that really happened in the world, even if everyone else denies it. This again may be an Orwellian position worth re-considering.

In 1984 one of the main mechanisms for surveillance is the telescreen, a device installed in the homes and offices of Party members, which can “receive and transmit http://and%20video simultaneously”.  We have now voluntarily introduced such devices, and carry them about wherever we go. “There was of course no way of knowing whether you were being watched at any given moment. How often, or on what system, the Thought Police plugged in on any individual wire was guesswork. It was even conceivable that they watched everybody all the time. But at any rate they could plug in your wire whenever they wanted to.” There are clear parallels between Orwells’ dystopian vision and our current age of mass surveillance. However, the comparison is far from perfect. In 1984 surveillance is a deterrent; it is always present in the psychological landscape of oceanian citizens. Everyone lives in a panopticon world, where the only opportunity for selfhood exists in a tiny blind spot of a fortuitously misplaced camera. In our times, although surveillance is a deterrent, the current trend is seemingly towards silent, subtle, mass surveillance. The Investigatory Powers Act 2016- or the “Snoopers’ Charter”- was passed in the British parliament seemingly without much public debate. Similarly, it took Edward Snowden to reveal the extent of surveillance by domestic security agencies in the United States. Intelligence agencies are aware that mass surveillance makes most people uncomfortable. Consequently they do not attempt to remind us of their presence in the same way as in 1984 (“Big Brother is watching you”). In a sense, that is more insidious than strictly Orwellian surveillance.

To draw a strict analogy between our times with the 1930s’ is to affirm a cyclical view of history and  ignore the uniqueness of our moment in which there are different perils and different opportunities. But there are certainly parallels, and Orwell, a conscience of his time, warns us about the perils of political language, doublethink, mass surveillance and political infighting. To dismiss these out of hand is to sleep the “deep, deep, sleep” from which he feared we would not wake till “we are jerked out of it by the roar of bombs.” On International Orwell day we should consider the author’s ability to help diagnose our situation, as he is famous for, but also see his politics as a call to arms for new forms of solidarity to combat the injustices we face.

Joseph Kang is a freelance writer living in Tokyo. He is interested in ethnic and cultural identity in modern Japan, postcolonial literature and the history and development of travel literature. In his free time he enjoys jazz guitar and mountain climbing.

The featured image on this post is by Hazel Lai. Hazel is an undergraduate student of English at HSMC, Hong Kong. Her art can be seen at her Instagram page.

Please support the HKRB and look out for more interviews and reviews by following our Facebook page.