Jeffrey Tam takes a look at Adam Kotsko’s book on what it means to be creepy and asks whether our favorite TV shows should be categorized as psychosis, perversion, obsession or hysteria.

Adam Kotsko, author of the earlier and well-known Awkwardness (among other things), followed that text with another Zero Books title last year, a kind of sequel, which might have have had less impact but which is certainly not any less interesting. Kotsko’s argument about what it means to be a creep is based on Freudian ideas of  the ‘uncanny’ — those unfamiliar things with an unexpected resemblance to what we have previously experienced but repressed. Kotsko frames his argument around psychoanalysis, using the excess found in the psychoanalytic ‘drive’ to explore why things creep us out. When drives are not fully and ‘correctly’ organized, creepiness can emerge.

Kotsko argues that creepiness manifests itself in things and in people that are displaced, invasive, excessive and enigmatic. We find creepiness hard to accept – claims Kotsko – because it reminds us of our own repressed drives and the organization of our own libidinal economy, forcing us to realize that we are all, in our own special ways, creeps. Our ability to comprehend and identify creepiness is precisely the way in which we creep ourselves out the most — what if all those who surround us are creeps? What if I am in fact the creep? Its perhaps the perennial fear of the modern subject.

Kotsko delves into the realm of creepiness by taking examples from popular TV series to support his claims, ranging from Breaking Bad and Dexter to Aqua Teen Hunger Force and Family Guy. He convincingly categorizes these (not only the characters but also structural make-up of the shows) into 4 mental conditions which we find creepy. These diagnostic categories are psychosis, perversion, obsession and hysteria. This in itself makes the book compelling, and is probably enough to attract anyone who was watched any of these shows on the basis of wanting to know the category into which their beloved show fits.

Psychosis is the most extreme mental disorder, and was the most difficult condition that Freud had attempted to treat. Those who are psychotic reject reality, constructing their ‘own little worlds’ in which their drives run freely without the limitations of reality and any sort of regard to anyone who is a part of the shared social world. Kotsko argues we find psychotic people creepy because of the enigma of their ‘own little worlds’ — we do not even exist in the worlds of the psychotics, let alone our morals and taboos. One of the many examples of psychotic television discussed in the book is of course Dexter, a serial killer who follows an explicit Code of murdering ‘ethics’. He is certainly ‘scary’ because he is life-threatening, but what makes him ‘creepy’ is that he does not share our sense of murder. From his psychotic perspective, the identity of his victims in the shared social world does not exist except as a symbolic position in his ‘own little world’, so he considers it perfectly fine for him to extinguish those lives. It is doubly interesting how creepy television shows can attract a massive following, showing how we are drawn to and creeped out simultaneously by these creepy cultures. 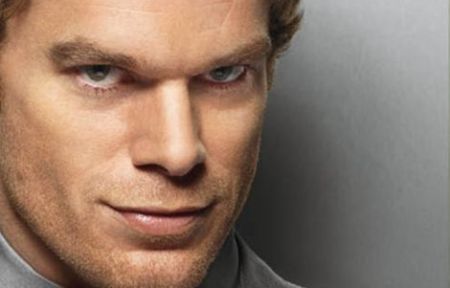 Kotsko argues that in perversion the subject fulfills itself by publicly exhibiting their fetishes and forbidden desires in order to escape the rules of social order. Perverts wish to refuse what French psychoanalyst Jacques Lacan calls ‘symbolic castration’, which – put too simply – refers to the price each of us must pay to enter the shared social realm of language. Kotsko uses the example of Pornstache, a prison guard from Orange is the New Black to exemplify the pervert. He argues Pornstache is a pervert who enjoys brandishing power over female inmates by punishing them and using his illegally smuggled drug shipment as a bargaining power to extort sexual favors. This shows Pornstache’s ultimate desire is to exhibit the amount of power he has over people making him more complex and interesting than a typical sexual predator. Kotsko further shows that perverts believe forcing their excessive desires on people is a righteous action because people desire to experience their perversion. An everyday example of this explanation of perversion is the phenomenon of ‘dick pics’ — “You want it, don’t you?”. One can only imagine the disgust of being framed. Furthermore, excessively violent, sexual or revolting television shows themselves may also be perverted because the audience seldom unanimously ask for them, and their creators simply anticipate that they are what viewers desire to see. This excessiveness and invasion of desire is what makes perversion very creepy. 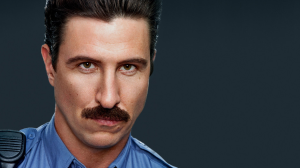 The last two categories are two forms of neuroses called obsession and hysteria. An obsessive, like any other person who enters our shares social realm, has to face the tough battle between unruly drives and the social order. However, the obsessive takes so extreme an approach that he or she tries to bury and completely avoid his or her desires and instead acknowledges only the socially acceptable ones. The hysteric, on the other hand, sees the social order as a threat and refuses desire altogether to actively question what it is that the social order wants as well as its structure. Kotsko argues the obsessive conforms to the social order while the hysteric questions the order and creates a space in which change is possible. An example of obsession found in pop culture is the blogger dubbed ‘Nice Guy’, a male who believes he treats women perfectly yet always passed over by love interests in favor of worse males. The Nice Guy’s platonic friendship with romantic interests is the his ritual disavowal of his sexual or even misogynistic desires. Deep down he knows he has sexual desires for his ‘interests’ but he tries his best to cover up to avoid appearing creepy, yet that is ironically why he is indeed totally creepy. In contrast, Carrie from Sex and the City suffers anxiety due to her dire need of meeting social expectations of ‘real relationships’ and her sexual desires. She is conflicted to a point that she contrives an ultimatum for herself to break off from her romantic relationship with Mr. Big. This shows both the obsessive and the hysteric care greatly, if not too greatly, for the social order which results in their losses. While the obsessive is creepy, the hysteric opens up a perspective that our society is creepy as it seems to ‘get off’ at forcing us to follow unnecessary norms. Lacan believes the hysterical questioning of what the world wants from us reveals the inherent incompleteness of the social order.

There are two important things I have taken from my reading of this book. The first message is that creepiness is a lot like beauty — it is all in the eye of the beholder. People can call us creepy just as we can accuse them of being creeps. However, since neurotic people are creepy and societies are neurotic (according to Freud), we are all creeps from a grander perspective when we are observed as a ‘functioning’ society in which everyone battles with repressed yet seething drives. The second message is that creepiness is merely a word for abstract yet universal problems with human society. We are so used to calling our perverted social order normal that we ignore the fact it forces itself on us and believes it gives us what we must want. This results in attempts to question our inherent societal problems being labeled as ‘creepy’ and avoided like a plague. The hysterical questioning of the social order reveals how flawed, perverted and creepy it actually is, thus opening up possibilities for discussion and change.  Kotsko profoundly states if we let go of our fantasy that our societies must be perfect and face the problems which creepiness represents, we can find new ways of shaping our shared lives.

Jeffrey Tam is a writer and musician born and living in Hong Kong. His book reviews have appeared in both the Hong Kong Review of Books and the South China Morning Post.