Slavoj Žižek’s philosophy, whilst not without its detractors and opponents, has again and again proved to be powerful, influential and massively popular. Žižek is regularly pitted against a stream of high profile opponents, from Chomsky to Critchley. Usually, at the end of it all, Žižek comes out looking more or less unscathed, with at least as many followers as before, if not more. Critics have even written on the particular appeal of Žižek as an object of desire himself, something towards which we are inexplicably and captivatingly drawn.

Finally now, there is a growing awareness that Žižek is not the only philosopher in Slovenia. In the last few years, philosophers and commentators have begun to refer to ‘Slovenian-Lacanianism’ in general and have noticed the work of other equally important philosophers who have been working and writing out of Lljubliana for the last few decades. Perhaps the most important of these are Mladen Dolar and Alenka Zupančič, who, together with Žižek, make up what Slovenes semi-jokingly refer to as “the triumvirate”: a Lacanian-Hegelian-Marxist group of radical philosophers whose collective influence can hardly be overstated. In my own field, that of laughter studies, I can say without doubt that Zupančič’s 2009 book The Odd One In completely changed studies of comedy and blew open the field as it had previously stood. Dolar’s book on the concept of ‘the voice’ was no less powerful in its own area of critical theory. 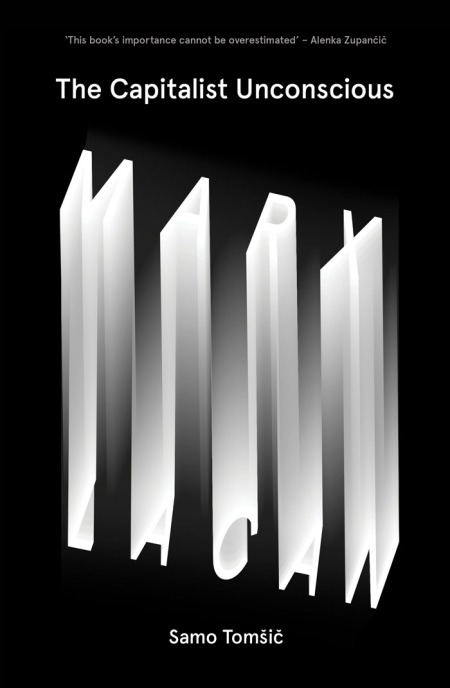 Samo Tomšič represents the first to emerge in English from a new younger generation of Slovene philosophers who have worked with and under these more established theorists just mentioned over the past decade and whose influence inside and outside the academy could be huge and long-lasting. Having worked directly under Jelica Šumič, who is another member of the larger circle of Ljubljana Lacanians, his thesis on the notion of antiphilosophy in Lacan was published in Slovene in 2010. His first major book in English, The Capitalist Unconscious: Marx and Lacan, is just out with Verso and represents a significant contribution from this exciting new generation of philosophers, from whom there is likely to be a lot more to come.

Tomšič begins the book by anticipating the likely criticisms of it, asking whether the attempt to treat Lacan and Marx together will be seen as little more than an attempt to turn Lacan into a leftist thinker and defend him against his critics, who have seen Lacan as completely opposed to Marx. In such criticisms Lacan has been accused of helping to entrench and reproduce capitalist forms of domination (Foucault and Deleuze provide two such critiques of Lacan) making him anything but a leftist radical. Admitting that Lacan’s personal political preferences leaned towards Charles de Gaulle’s conservatism, Tomšič negotiates the relationship between Lacan and Marx differently, establishing a number of useful connections between the works of both thinkers. Likewise, when it comes to Freud later in the book, Tomšič does not ignore Freud’s indifference to “political” matters but nevertheless reads Freud against the grain (as Lacan did) to show how political the Freudian unconscious really is.

Building on this argument, Tomšič argues that the unconscious is not the realm of the irrational or the private, as we so often think, a place where social reality is suspended. On the contrary, it is a terrain where the political system is most effectively reproduced, a space which is territorialized and organized by social and political reality. Tomšič then shows that the idea of homology between political and libidinal economy implies that the same discursive structures operate in the subjective and social realities. The effect of this is that we are made to feel that the structure of our desires and the structure of our society mirror each other. Consequently, the grip of capitalism intensifies on an unconscious level, making capitalism seem inevitable and unavoidable. In other words, Tomšič shows that whilst capitalism appears to be the effect or our desires, we are better off seeing our desires as the effect of capitalism.

Ultimately, the point is to show that, for psychoanalysis, the unconscious has always been a battlefield, where a confrontation with the predominant social structure takes place, and where the subjective consequences of this structure can be analyzed. At the very least, we need to recognize that the unconscious is political in order to have any hope of working out how we are created as subjects by political conditions and to have any chance of potentially changing anything.

Tomšič then extends the key argument of the book: that effects of capitalist modes of production can be made visible and challenged through a new approach to the unconscious and capitalism together. He uses Marxist theory to argue that the modern state can be defined as a state in which every citizen is placed in the position of the ‘debtor,’ so that we all feel we ‘owe’ something back to the state, which in turn is placed in the position of the ‘creditor.’ Tomšič’s analysis here strikes me as true both practically (in a debt based society in which all use credit for student loans, mortgages and shopping) and more abstractly (our constant feeling that we ought to ‘give something back’ to society and to our employer). Tomšič then joins this Marxist analysis with a Lacanian one, writing:

The equivalent of the placement of the citizen in the position of the debtor is the transformation of the subject into a quantifiable and exploitable subjectivity, which is indebted in advance and is also produced as such.

Thus, the unconscious of each subject, each worker in capitalism, is structured in this particular way by capitalism. Tomšič shows that the Lacanian subject is not a natural or essential one that cannot be changed, but one who is the effect or symptom of political and social conditions. In short, capitalism has modified and changed the Lacanian ‘lacking’ subject into a new subject: the indebted subject. It has done this to turn us into a labor force whose energy can be harnessed.

When Marx famously wrote that “history is the history of class-struggles”, he did not mean that we have always had the same old inevitable class struggle throughout history. He meant, instead, that class struggle determines what we call history and that, as Walter Benjamin would later say, the history we tell is “the history of the victor” in this struggle. Tomšič shows that the history of the unconscious needs to be seen in this light. Far from being something that has always been there, remaining the same, the unconscious has been determined by battles fought out and won, and least in the last few centuries, by capitalism.

At the end of it all, the reader is left with a new sense of the unconscious and a new fear of it. Having unseated the idea that the unconscious is private, secret or ‘our own,’ Tomšič leaves the reader wary of how the unconscious is structured and conditioned by the politics of capitalism. It is, in some ways, the capitalism within us. On the other hand, things are not hopeless. The unconscious is at the same time something that responds to conscious social and political discourses, resisting them and becoming a battleground on which these things can be combated. Recognizing the relationship between the unconscious and capitalism, with Tomšič’s help, will make us better equipped to continue this class struggle. One of the most important books of the year.

Please support the HKRB by following our Facebook page. Alfie Bown is the author of ‘Enjoying It: Candy Crush and Capitalism‘ (Zero Books, 2015).

2 thoughts on “The Capitalist Unconscious”