Stephen Lee Naish discusses the revenge of analog, looking beyond nostalgia to consider the politics and class issues involved in returning to the old stuff.

David Sax, The Revenge of Analog: Real Things and Why They Matter (PublicAffairs, 2016), 304pp.

Sometime in the mid-2000s, I began the arduous task of ripping my CD collection to MP3 format and categorising the collection digitally. Over four-hundred albums, singles, compilations were run through my desktop computer and preserved on its hard drive. With the help of a few wires and an analog capture device, even vinyl was reconstituted to digital. My physical collection was reduced down to only the most essential items. 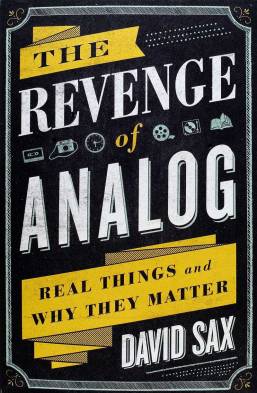 Today, I have barely a handful of CD’s and only a small assortment of collector vinyl. Since that time I have rarely purchased my music in physical form, and in fact I’ve rarely purchased in digital, preferring to stream from YouTube, Bandcamp, or Spotify. My digitised collection of albums and singles still lingers on my current laptop, most of it hardly played in the last few years. Yet, this collection has jumped from countless hard drives as my computers have withered and died, and been replaced by newer models. The collection has traversed oceans and back, I carry it with me in my pocket, accessible at any minute if the mood takes me.

Digital technology has allowed this to happen, without it I’d be carrying stacks of CDs and records in suitcases. Yet, as mentioned, the MP3 collection goes mostly unplayed. Back in the day, I’d sit with piles of these CD’s and vinyl scattered around the floor, abruptly flipping the lid of the player and changing disks, each song creating a kind of musical mind map that Rob Gordon, the proprietor of Championship Vinyl in the Nick Hornby novel High Fidelity would no doubt be proud of. To my mind, this culture has vanished. Whlist I’ll set aside time to brows a bookshop, I certainly don’t find the time anymore for record shopping and endless afternoons of jukebox jury. Yet in David Sax’s book, The Revenge of Analog: Real Things and Why They Matter, a reintroduction to the physicality of not just records, but all types of analog technologies, products and ideas is thriving to the point that once dwindling markets are now multi-million dollar concerns.

Maybe reintroduction is the wrong word. The first half of Sax’s book deals with the return of analog products. The first chapter  covers the resurgence of vinyl and record buying culture that for decades in the wake of CDs and downloads was dwindling to barely nothing. Yet, as discussed by Sax, buyers today are not old male rockers flush with cash and a burning need to own a rare import, the buyers are millennials, and a majority of them are female, which blows apart the idea that vinyl is reserved only for balding men with a taste in rare audiophila. A generation brought up as digital natives are rooting for a technology they never really experienced in the first place. This isn’t a reintroduction, it’s a full-blown introduction.

The second chapter, ‘The Revenge of Paper’ explores a facet of analog that complements the digital environment: the moleskin notebook. An item that might not exist in the mind as an analog product, but as Sax points out, if a digital counterpart, in this case computerized notepads, and word processing apps, has become the popular norm then the product is analog. Yet Sax meets with creative industry executives who insist their staff is provided with moleskin notebooks to add their creative digital output. 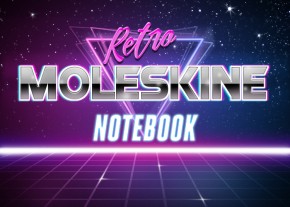 Sax also explores the re-emergence of camera film. What is interesting here is that digital film technology was destined to democratise filmmaking and photography, allowing anyone with an IPhone the opportunity to shoot hi-definition movies and take professional style photos with built in filters to add colour, age, and detail. The revenge of analog film is a return to slower processing, big, bulky machines that make the reels of film, and expensive cameras that cost twice as much as Hi-def digital ones.

The second half of Sax’s book pulls focus on analog ideas, the first being that of print, a form that often is declared dead and one that is now facing a re-emergence after its brief and popular foray into digital. In the digital age, reports on the physical decline of magazines, newspapers, periodicals, and books have been plentiful. The cost of printing compared to publishing online is a no brainer. Yet, in the last few years independent print publications have skyrocketed, subscriptions to well established and new start-ups magazines, and newspapers have begun to increase, and book sales are beginning to see an upsurge after the initial excitement of eBooks has worn thin. As with the ownership of heavyweight vinyl, the ownership of a physical paper product has mostly been driven by young people who require a sense of fulfilment and satisfaction that digital print does not offer. Sax’s also delves into the return of retail, seeing a trend in consumers returning to bricks and mortar stores and seeing a small, though significant decline in online retail.  Again, this comes back to the digital natives desire to engage with real people in real situations and spaces that offer a more satisfying and authentic experience.

Authenticity here is key. The Revenge of Analog points towards a re-emergence in the loose definition of authenticity, which seems to have lost in the digital age. The return to an analog state relies more on localism than globalism, and this reconnection with community appeals in a highly connected world. Another aspect of this idea could be the upward swing towards a culture of homegrown, or locally sourced food, home brewed craft beers, sustainable living ideas, and recycled and upcycled crafts. The digital world gave us everything we needed at our finger tips, allowed for fast, easy access to information and social connections. Yet, in Sax’s book that world seems to be in rejection, or at the very least the idea of a peaceful co-existence between analog and digital is a popular one. The desire for physical contact with our world – with objects and with people – is once again seen as important and in desperate need.

The fact that this search for authenticity is being led by young people the world over is remarkable and points to a hopeful future. Yet there is something else to consider. The drive towards analog is perhaps not a concern for a vast majority, but a crucial concern for an elite moneyed minority. Analog products such as vinyl, cameras, and boutique magazine subscriptions is an expensive endeavour that not everyone can equally participate in. For example, whilst the look, feel and integrity of digital film may be up for some debate, it does allow for anyone to participate and translate a story to film cheaply and distribute the film on social media platforms and video sharing websites at little to no cost. The embrace of analog film means that many would be locked out of this creative industry and only a select few would have the means to participate.

Analog’s revenge is not a full rejection of digital culture, but a complement to it. In most examples in Sax’s book the pursuit of analog runs parallel with the embrace of a digital lifestyle and the ownership of digital products alongside analog components. In some cases, as with the production of independent newspapers and magazines, one feeds into the other by having an online platform for editors to create the outlay and a printing press to create the analog product. Another thing to consider in the revenge of analog is the trend of slow culture that has infiltrated everything from food, teaching and travel. The philosophy of slow is to seek prolonged enjoyment and engagement, to savour the experiences for maximum knowledge. Analog products are certainly slower, they require time and patience which with our brains wired to the digital age is hard to muster, but, as evidenced in Sax’s book, the pay off for this seems to be well worth it. The pages of The Revenge of Analog are full with creative, intuitive, and engaged individuals who are striving towards creating a better world. No matter the cost, it might be time to reinvest ourselves in analog ideals once again.

Stephen Lee Naish‘s writing explores film, politics, and popular culture and the places where they converge. His essays have appeared in numerous journals and periodicals. He is the author of U.ESS.AY: Politics and Humanity in American Film (Zer0 Books) and Create or Die: Essays on the Artistry of Dennis Hopper (Amsterdam University Press). He lives in Kingston, Ontario with his wife Jamie and their son Hayden.

One thought on “The Revenge of Analog”